2014-2016: Recommendations from the Visiting Committee

Every two years, the Physics Department hosts a Visiting Committee that evaluates our department and provides recommendations to department and MIT leadership. The voices of visiting committees carry significant weight at MIT, and their feedback has historically led to major changes on campus. In 2014, the Physics Department's Visiting Committee noted that very few undergraduate and graduate students took advantage of the opportunity to have their opinions heard by this neutral third party. So in 2016, we as department leadership had pre-meetings with student leadership to explain what a visiting committee does, the benefit it can have for students, and how to talk to the committee to propound student needs.

A number of active students took it upon themselves to hold further meetings to sharpen their concerns, and the Visiting Committee reported back significant problems with the culture of our undergraduate and graduate student bodies. Students reported widespread negativity, including regular disparaging remarks related to everything from gender, to the degree of difficulty in courses students were taking, to even the subfield of physics in which students worked. It was clear the department needed to make very visible and broad-based changes.

Physics Department leadership immediately began a series of meetings with physics student leadership – such as the Physics Graduate Student Council (PGSC), the women in physics organizations (UWIP and GWIP), and physREFS – to discuss these problems and potential solutions. As these efforts gained momentum, many other students and staff joined in, and the Department held a community-wide town hall on January 25, 2017 to more broadly discuss our culture.

There were a number of specific issues that department leadership was able to begin addressing as soon as they came to light. For example, after hearing that students felt theoretical physics was emphasized too heavily over experiment in the curriculum, Professors Richard Milner and Christoph Paus launched a freshman-sophomore experimental course in spring 2018. Frank Wilczek, the sole theorist out of the seven Nobel Laureates who have been on the MIT physics faculty, taught an experimental course around color vision in Spring 2017 and IAP 2019. Staff members Cathy Modica, Emma Dunn, Libby Read from GECD, and Ellen Stahl from the Alumni Association began a series of career nights for alumni to talk about their diverse paths after a physics major.

But the Department's most notable action was to follow a recommendation of the Visiting Committee and produce a code of conduct. During the 2016-2017 academic year, a group of about a dozen physics students, staff, and department leadership held nine meetings, facilitated by Libby Mahaffy from HR, to produce a draft code. During the 2017-2018 academic year, we decided to change the name of our code of conduct to the Physics Values Statement. The group split apart into two subcommittees – one focused on finalizing the code and creating posters for display, and the other tasked with developing and running trainings for community members about how to uphold the values. Our committee met ten times that year and hung finalized posters around department common areas over summer 2018.

2018-2020: Transition to a formal standing committee of the department

In the 2018-2019 school year, the Physics Department made the Physics Values Committee (PVC) a formal standing committee of the department which, among other things, means faculty get credit for serving on the committee. During this time, the PVC’s work was split into four general tasks:

The first task mainly fell within the purview of full committee meetings; the latter tasks were completed by two separate teams: a Training Subcommittee, as well as a Resources & Accountability (R&A) Subcommittee. Over the course of the 2018-2019 and 2019-2020 academic years, the Training Subcommittee held seven Physics Values Workshops at student orientations, faculty lunches, and an evening event for students and postdocs. R&A developed a charter to outline all of the tasks it hoped to achieve, and then commenced on its work.

In Fall 2019, R&A decided to build a PVC website to host the information it was compiling. On the resources front, the website contains lists of helpful information, offices, and opportunities that all members of the community can access, ranging from reporting mechanisms, to health and wellness resources, to ways to get involved in improving our community. On the accountability front, the website includes all committee members’ names and contact information, a private Feedback Form for community members to submit anonymous comments to the PVC, as well as details about past progress and current goals. After a break in operations due to the covid pandemic, the PVC officially launched its website on July 1, 2020. 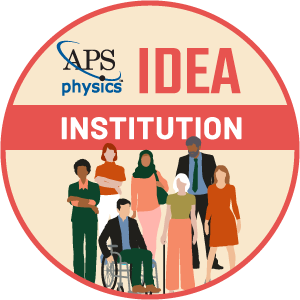 The PVC initially focused on the actions of individual community members as they related to our values as a Department. In January 2020, as the R&A subcommittee neared fulfillment of its charge, the PVC created a new Recommendations and Actions Subcommittee to examine how the PVC could begin to address systemic and structural issues related to the PVS. In light of the Strike for Black Lives / #ShutDownSTEM events held in our Divisions on June 10, 2020, we decided to place systemic issues within our Department at the forefront of the PVC’s work and to address issues related to all constituencies, not just students; and we restructured the committee and its operations to best achieve this goal.